SEOUL, July 3 (Yonhap) -- South Korea kicked off Korean cultural week in Tehran on Monday to shed light on 1,300 years of relations between the two countries built along the Silk Road, the government said.

The 2017 Korea Culture Week aims to raise the Iranian people's awareness of the traditional culture and further enhance cultural bonds between the two countries, the Ministry of Culture, Sports and Tourism said.

The countries designated this year as the year of South Korea-Iran cultural exchanges to celebrate the 55th anniversary of their diplomatic ties. 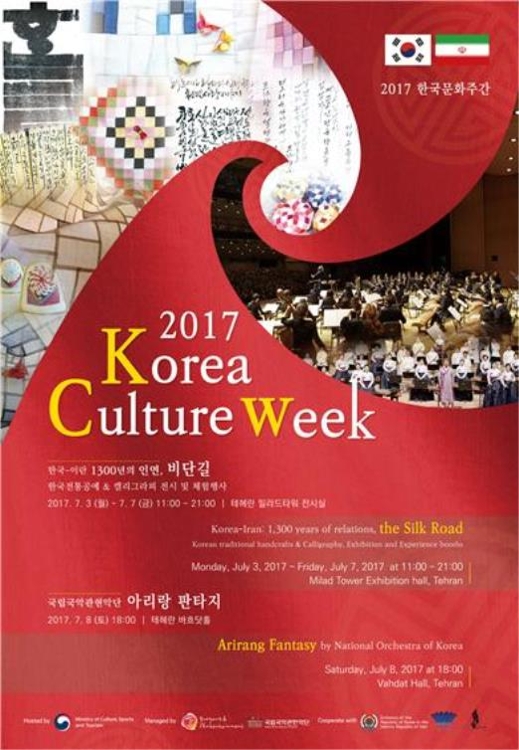 On display in the craft and calligraphy exhibit "Korea-Iran 1,300 years of relations, the Silk Road" at Milad Tower Exhibition Hall are 51 items of calligraphy work from Korean and Iranian artists and 90 pieces of traditional Korean crafts. They include patchwork "bojagi," or Korean wrapping cloth; naturally dyed bojagi; knots; and embroidered handicrafts. There are programs where visitors can get a hands-on experience with the Korean crafts and calligraphy.

On Saturday at 6 p.m., the National Orchestra of Korea will give a concert titled "Arirang Fantasy" at Vahdat Hall.

Programs include "Arirang Fantasy" and "Namdo Arirang," both arrangements of the immortal Korean folk song of Arirang for the orchestra, and the performance of "pansori," which combines narrative songs and storytelling accompanied by solo percussion, and traditional Korean dance.

"Through this event, we hope that our culture will get closer to the life of the Iranian people," the ministry said in a statement. 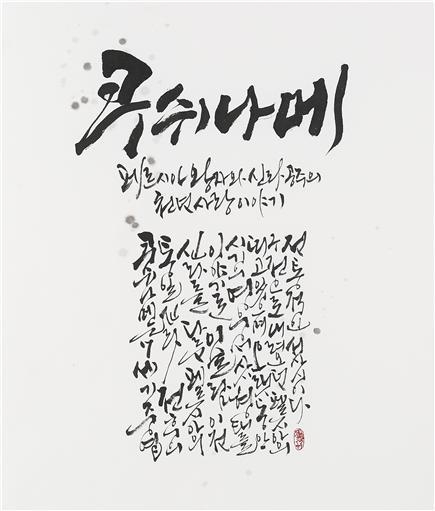