SEOUL, July 3 (Yonhap) -- Special prosecutors on Monday demanded three to seven years in prison for former presidential aides and ministers on trial for creating and managing a blacklist of cultural figures critical of the government.

They were indicted in February on charges of abuse of power and coercion. They were accused of masterminding the creation of a register of artists, writers and filmmakers deemed unfriendly to the conservative administration. Those on the list were then denied state subsidies.

"The malaise the accused have inflicted on society is too grave. ... They divided the country and rolled back the wheels of history," the prosecution said.

The prosecution team also demanded six-year and three-year prison terms for two other presidential secretaries for their involvement in the same case.

Earlier in the day, it sought five years in prison for three other ranking officials who were accused of exerting influence on the Arts Council Korea not to fund those artists. 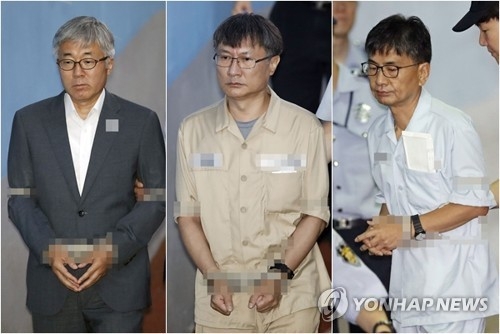 Kim, 78, has insisted that he had no knowledge that the blacklist existed and that the selective state funding for artists is inevitable in any government given the limited budget. Kim was in office from 2013 to 2015.

Cho has also denied any wrongdoing. The 51-year-old was tapped as the culture minister in 2015 and served as the senior presidential secretary for political affairs in 2014.

The court is due to deliver its verdict on the accused later this month.

The blacklist scheme is part of a string of what mounted into a massive political scandal that led to Park's removal from office in March. The former president is also detained and standing trials for multiple charges including taking bribes from Samsung by conspiring with her friend Choi Soon-sil.

The scrutiny has prompted a group of artists to file a petition with the Constitutional Court to rule on the blacklisting. A separate compensation suit lodged by hundreds of artists here is also under way. 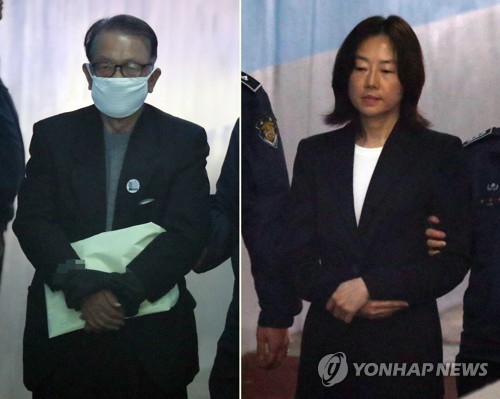