SEOUL, July 3 (Yonhap) -- The People's Party on Monday denied its senior members' involvement in the fabrication of election-season allegations against President Moon Jae-in's son as the minor opposition party is struggling to head off its biggest crisis that has eroded public support.

Wrapping up a weeklong probe, the party's fact-finding team announced its tentative conclusion that Lee You-mi, a rank-and-file member, acted alone in doctoring an anonymous tip-off that Moon's son, Joon-yong, landed a job at a public agency in late 2006 thanks to his father's influence.

Lee, who was arrested Thursday, has confessed to giving the fake information to Lee Jun-seo, then a senior party official, who disclosed it to the media in the runup to the May 9 election.

The case has threatened the very existence of the party, which was launched early last year under the leitmotif of "new, clean" politics in a complete break from "outdated, corruptive" partisan practices.

Park Joo-sun, the interim party leader, apologized last Monday, saying he would consider disbanding the party if its core members are found to have cooked up the allegations.

Affected by the case, its approval rating has hit rock bottom. The Realmeter survey, released Monday, put its rating at 5.1 percent, down 1.2 percentage points -- the lowest since its foundation. 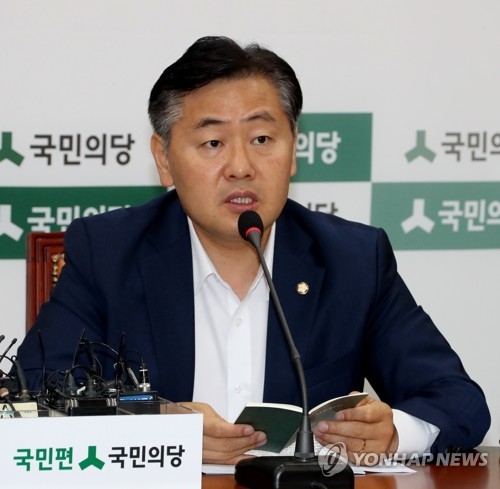