SEOUL, July 3 (Yonhap) -- Seoul City said Monday that it will host an annual international forum on the present and future of the so-called imagination industries like cartoons, animation, games, VR and AR later this week.

"The 2017 Seoul International Imagination Industry, titled "Attractions of Media, Media of Attractions," will open Wednesday for a three-day run at the S-Plex Center in Seoul," a city official said.

Among the participants are Dennis Hong, an American mechanical engineer and roboticist; Kenji Ono, head of Japan's association of game developers; and animation expert Craig Caldwell, the official said.

A special preview of a range of animations with a Seoul setting, named "Creative Screening," will be held Thursday.

Visitors will also enjoy works that have made famous Korean literary works, including "A Rain Shower," reborn as animations, according to the official. 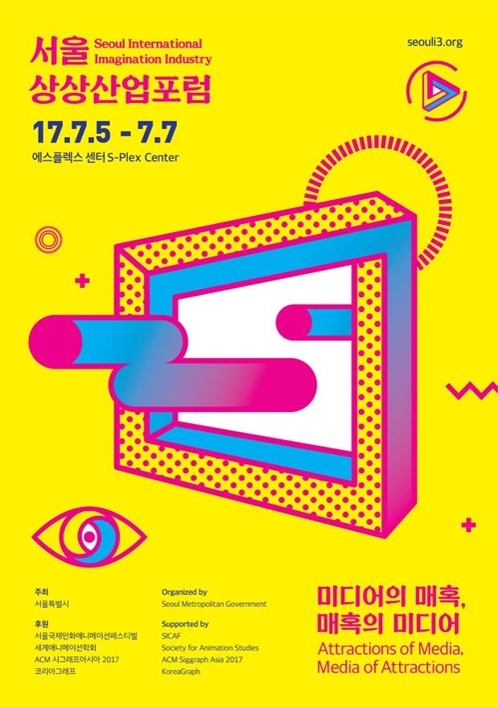