SEOUL, July 3 (Yonhap) -- South Korea's mobile shopping sales surpassed those of online purchases made on personal computers for the first time last year, industry data showed Monday, with the country having one of the highest smartphone penetration rates in the world.

Mobile shopping sales surged 45.7 percent to 35.5 trillion won (US$30.9 billion) in 2016, from 24.4 trillion won for the previous year, according to the figures provided by the Korea Online Shopping Association (KOLSA).

The combined sales of mobile and online shopping through PCs posted a 21.7 percent on-year increase to 65.6 trillion won last year from 53.9 trillion won.

Industry analysts attribute the drastic surge in mobile shopping to the 85 percent smartphone penetration rate in South Korea. This is much higher than the global average rate of 51 percent. 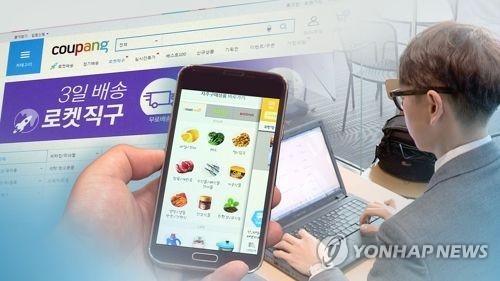