JEONGSEON, South Korea, July 3 (Yonhap) -- A report on the migratory spread of the country's most popular traditional folk song "Arirang" has been published, clarifying when and how the song has been dispersed by Koreans globally over the past centuries, an official at the Jeongseon Arirang Culture Foundation (JACF) here said Monday.

Titled "Arirang Road," the 288-page report was written by Jin Yong-seon, head of the Arirang Museum in Jeongseon, some 210km easts of Seoul, through decades of on-site surveys and studies since the early 1990s, the official said.

The Road covering China, Russia, Japan, Central Asia, Europe and South and North Americas, coincides with the migratory routes of Koreans who had left the country. 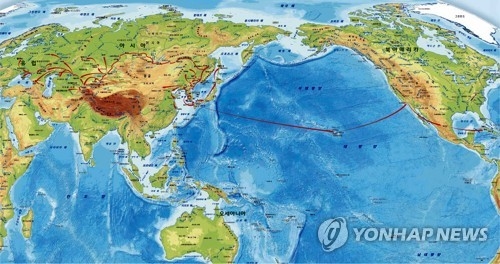 "The Arirang Road is a road via which Koreans had crossed borders and seas for the sake of their survival since 1860, I've come to know that the Road is far longer and vaster than the Silk Road, a symbol of civilization exchanges, when I've marked Koreans' migrant routes on the world atlas," Jin said.

Listed as a UNESCO intangible heritage in 2012, "Arirang" is often called the "second national anthem" of Korea as almost all Koreans at home and abroad can sing it.

According to experts, there are some 4,000 "Arirang" variations of 60 sorts, including "Jeongseon Arirang," "Jindo Arirang" and "Miryang Arirang" on the Korean Peninsula. Titles of different versions of the song are usually prefixed by their place of origin or some other kind of signifier. "Jeongseon Arirang" from Gangwon Province, which experts say has the most lyrical melody and words of all variations, is known to be the original form of "Arirang."

The five-chapter report contains the history of Korean migrant forefathers and how they have passed down the song to their descendants as well as historic sites, events and figures involved with the song.

"The report that has systematically put together the current situation and spread of Arirang around the world will be a precious material in building and utilizing the Arirang database down the road," JACF chief Choi Jong-cheon said. 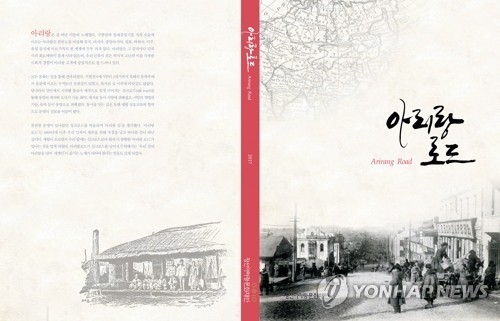