SEOUL, July 3 (Yonhap) -- James Kim, who has managed South Korean operations of General Motors Co. for the past two years, will quit the position next month to take on an greater role with a U.S. business lobby group in South Korea, GM Korea Co. said Monday.

Kim, 55, will resign as president and CEO of GM Korea on Aug. 31 to better serve as chairman and CEO of the American Chamber of Commerce in Korea (AMCHAM), the carmaker said in a statement.

"He has been a tireless promoter of our company. Jim has driven domestic sales, helped build equity of our brands, and reached out to our customers in new and innovative ways," GM Executive Vice President and President of GM International Stefan Jacoby, said in the statement.

His successor will be named "at a later date," it said without elaborating. 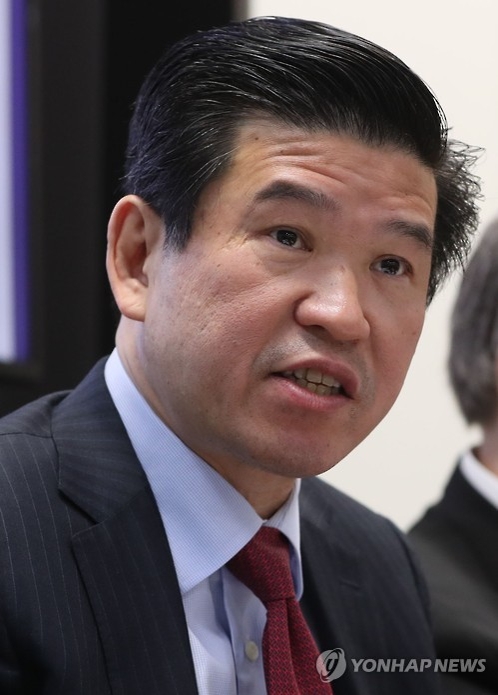 The leadership change announcement comes on the same day the country's five carmakers released their sales results for the previous month.

On Monday, GM Korea released poor sales results for June and the January-June period due to lower demand for its mainstay Malibu sedans.

Kim joined GM Korea in June 2015 as chief operating officer and was promoted to CEO in January 2016. He will serve as an advisor to GM Korea from Sept. 1 this year, the statement said.

GM Korea CEO to quit to focus on AMCHAM role

GM Korea CEO to quit to focus on AMCHAM role