SEOUL, July 4 (Yonhap) -- Global sales of image sensors are expected to rise through 2021 in line with the development of virtual reality and wearable devices, industry data showed Tuesday.

According to the data compiled by IC Insights, the global market for CMOS image sensors is expected to reach US$11.5 billion this year, up 9 percent from $10.5 billion posted a year earlier.

Image sensors refer to system chips that detect images and converts them into electronic signals. They are installed in digital cameras and smartphones, allowing the devices to take photos by turning light into images.

"After strong growth from the first wave of digital cameras and camera-equipped cellphones, image sensor sales leveled off in the second half of the last decade," the researcher said.

"However, another round of strong growth has begun in CMOS image sensors for new embedded cameras and digital imaging applications in automotive, medical, machine vision, security, wearable systems, virtual and augmented reality applications, and user-recognition interfaces," it added.

Japan's Sony Corp. currently accounts for nearly half of the global image sensor market, followed by Samsung Electronics Co. with around 20 percent.

IC Insights added the demand for image sensors will especially grow stronger in the automotive industry, while shipments to the smartphone and camera sectors will remain sluggish down the road. 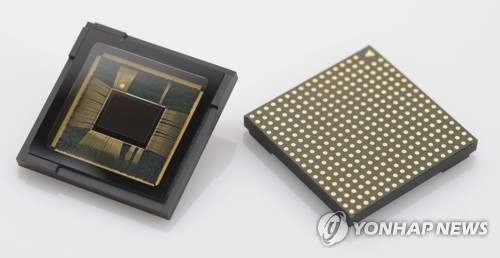 Sales of image sensors set to soar through 2021

Sales of image sensors set to soar through 2021