The largest multi-screen cinema chain in Korea said Tuesday that it opened its first ScreenX theater at Aqua City Odaiba, one of the largest shopping destinations in Tokyo, on June 30 in partnership with the Japanese cinema chain United Cinemas.

Developed with South Korean technology, ScreenX delivers a 270-degree experience by using two side screens in addition to the cinema's existing main screen.

More than 99 percent of tickets for the ScreenX version of Disney's "Pirates of the Caribbean: Dead Men Tell No Tales" were sold on its opening weekend at the Japanese theater, the company said.

CJ CGV will next screen "Train to Busan," the zombie action thriller that hit the South Korean box office in 2016, in September. The company plans to increase the number of ScreenX theaters in Japan to 15 by the end of this year.

Since the launch of the ScreenX technology in December 2012, the cinema chain now operates 84 ScreenX theaters in its home country and 36 in seven foreign countries. 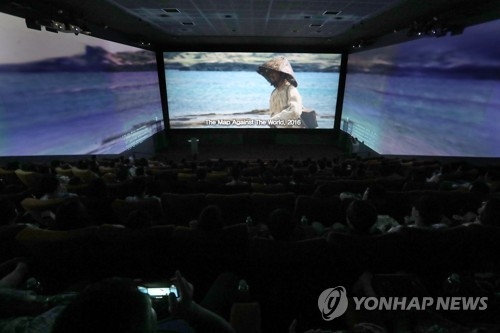