SEOUL, July 4 (Yonhap) -- Mortgage loans by those in their 20s and 30s have risen dramatically in the past 4 1/2 years, government data showed Tuesday, raising concerns of overdue payments.

The comparable figures were 111 million won and 95.7 million won (16.7 percent increase) for those in their 50s and 60s, respectively.

People paying for mortgages in their 20s and 30s, meanwhile, used up 47.7 percent of their credit card limit as of last September, up 6.5 percent from 4 1/2 years ago.

"We need to scrutinize the risk factors of those in their 20s and 30s for overdue payments," Chung Ho-sung, researcher of the central bank, said, noting the higher level of mortgage loans and credit card spending can lead to risk of overdue payments. 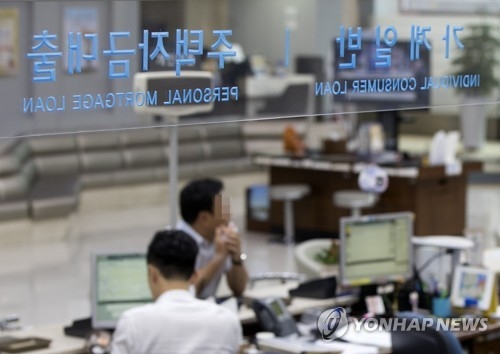 Mortgage loans by young household heads up sharply in past 4 1/2 yrs: data

Mortgage loans by young household heads up sharply in past 4 1/2 yrs: data