The K League Classic outfit acquired forward Niall McGinn. Terms of the deal were not disclosed.

The 29-year-old started his career with the native side Dungannon Swifts in 2005 and went on to play for Derry City, Celtic, Brentford and Aberdeen. At Celtic, where he performed from 2009 to 2012, McGinn played with South Korean players Ki Sung-yueng and Cha Du-ri.

McGinn made his international debut for Northern Ireland in 2008 and has scored three goals in 50 matches. He played at the 2016 Euro Championship and scored a goal in North Ireland's 2–0 win over Ukraine.

Gwangju said McGinn is a forward who possesses speed, power and delicate touch around the net, and their general manager Ki Young-ok, who is also the father of Ki Sung-yueng, flew to Northern Ireland to sign the footballer.

McGinn could reunite with his former Celtic teammate Ki Sung-yueng on Sunday as the South Korean midfielder is scheduled to visit Gwangju World Cup Stadium to watch the match between Gwangju and FC Seoul.

Gwangju are currently the bottom dwellers in the 12-team K League Classic. 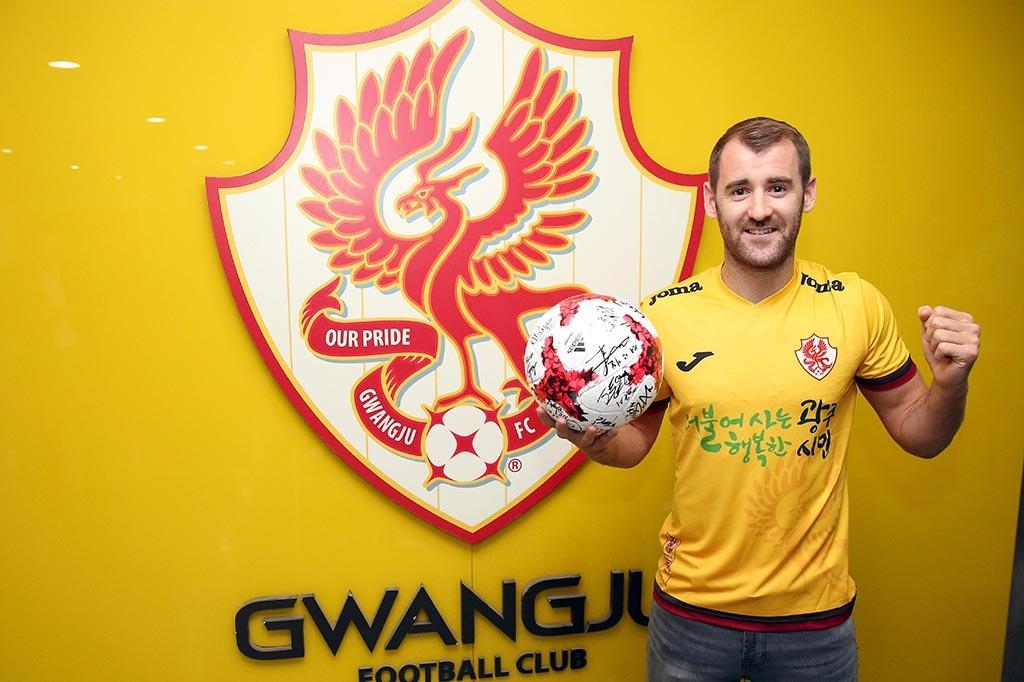