Although Kakao Bank will focus on expanding online banking services in its initial stage, Yun Ho-young, one of the bank's co-CEOs, said it will eventually launch a so-called "app-to-app" payment service. 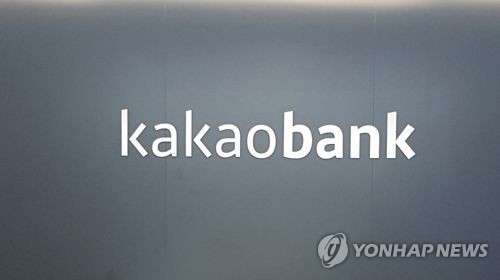 The payment service allows a user to pay for purchases without using a financial network of credit-card firms.

Instead, it will enable a user to pay for purchases with Kakao Bank's app, helping retailers save commission fees charged by credit-card companies and give buyers more financial benefits.

"When we attract a number of customers and member stores, we plan to launch the payment service," Yun said.

"In the future, people will think of an app if they want to open a bank account. Kakao Bank will become the most-sought after bank when the time comes," Yun said.

The pace of growth in K-Bank's deposits and loans is much faster than expected. At the time of its launch, K-Bank aimed to lure deposits of 500 billion won (US$434 million) for all of 2017, with the lending target set at 400 billion won.

After about one-month of operation, Kakao Bank is expected to announce its business target, they said.

Lee said Kakao Bank will make inroads into the credit-card market next year, adding that credit-card information of its customers would be vital for its mobile services.

With a paid-in capitalization of 300 billion won, Korea Investment Holdings Co. and Kakao hold a 58-percent and 10-percent stake in Kakao Bank each.

Yun said the bank will raise capital next year if necessary.
(END)