SEOUL, July 4 (Yonhap) -- Internationally acclaimed Polish artist Krzysztof Wodiczko will unveil his latest media art exhibit that reflects the voices of social minorities in South Korea, as part of the artist's first major retrospective in Asia of his 50-year career.

At the press briefing Tuesday held at the Seoul branch of the National Museum of Modern and Contemporary Art (MMCA) to introduce the upcoming exhibit "Krzysztof Wodiczko: Instruments, Monuments, Projections," the media and conceptual artist said the new work "My Wish" was inspired by the thesis of the same name by Kim Koo, Korea's highly respected politician who led the fierce independence movement from Japan that occupied Korea from 1910-1945, and headed the Korean government-in-exile in Shanghai. 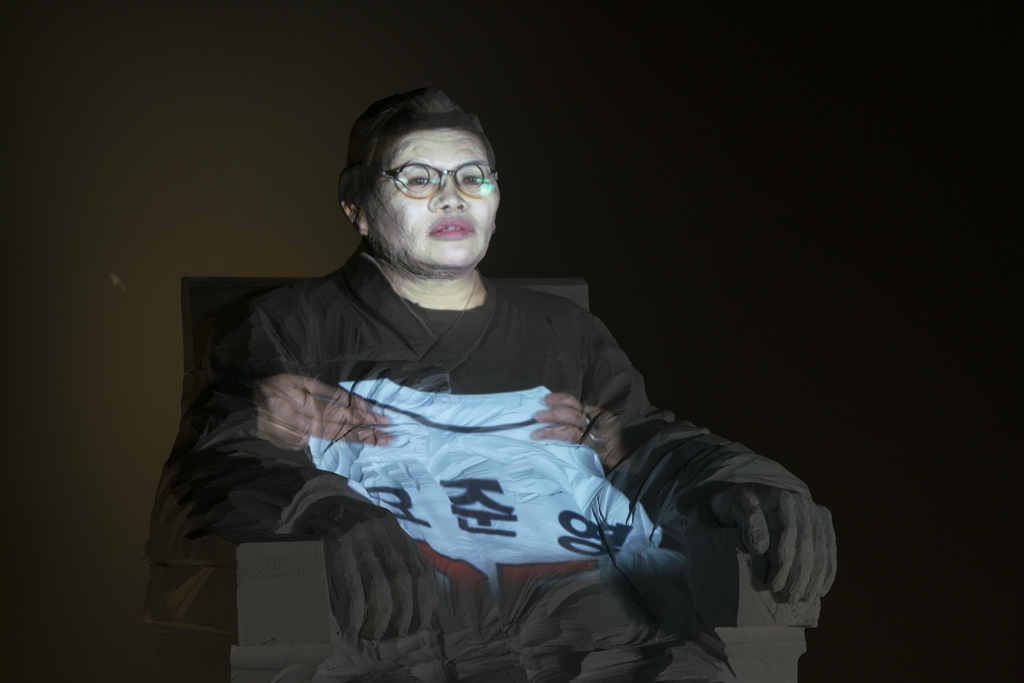 "What was appealing to me was his vision for Korea and a unified Korea... I tried to understand the context in which he was proposing his vision. He wanted a country of joy that had free exchange of opinions and was democratic. Not a country that was powerful and with imperialistic desire," the artist said when asked what about Kim Koo that had inspired him to create a new piece of artwork.

In the MMCA's seventh exhibition hall, images of various Koreans -- the mother of a victim in the Sewol ferry disaster, a fired laborer, a North Korean defector and a gay rights activist and so forth -- are projected onto the giant sitting statue of the historic figure Kim Koo. The mother of Oh Joon-young, one of the high school students who went down with the ferry Sewol on April 16, 2014, talks about her wish.

Holding onto the baseball t-shirt with the number 25 and her son's name written on the back, she says, "I've been keeping this t-shirt in a box because it is the last one that he wore (before he died). I can't take this out often because I feel devastated that I couldn't protect him," she says, weeping. "It is just too painful to bury your child in your heart and I wish for a country where none of you goes through what I've experienced. I want nothing but to know why the country failed to save our children. I wish for a country to hold every single life dear." Born in 1943 in Warsaw, Wodiczko is known for public art projects and designs that pay attention to the plights of the underprivileged and social minorities like refugees, the homeless, domestic violence victims and war victims.

Since the late '60s, he developed instrumental art pieces including "Personal Instrument" that sent strong messages for individual freedom; "Homeless Vehicle," in recognition of the homeless as part of society; and "Alien Staff" for networking migrant workers. More recently, he's been engaged in politically charged art projects in which images in slides were projected on public monuments and architectural facades.

For Wodiczko, art has a social responsibility to shoulder, especially for those whose voices are easily ignored. By sharing the burden of grief and feeling the pain of others through an artistic medium, he believes artists can fulfill the duty to lead social transformation, vital to establish a truly meaningful community.

"We should try to reach the horizon we've set up for ourselves," he said, even though "an ideal society might never be reached."

The artist, 74, also emphasized that each society should engage in cultural work in order to achieve social transformation and that the role of artists is very essential in fostering an environment where people can recognize and understand differences from each other.

"Without transformation in culture, political achievements will only remain on paper," he said.

The exhibition opens on Wednesday and runs through Oct. 9. 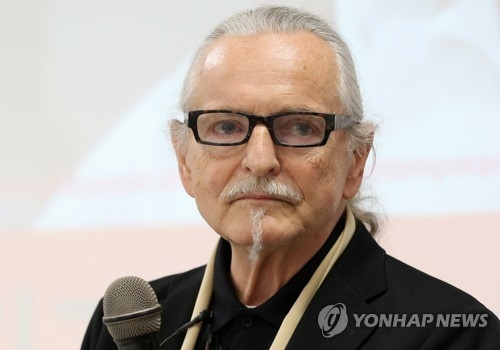