SEOUL, July 4 (Yonhap) -- South Korea's political parties on Tuesday denounced what North Korea claimed was a test-launch of an intercontinental ballistic missile, saying provocations will only result in the regime facing deeper isolation and tougher sanctions.

Pyongyang fired off a missile earlier in the day and claimed later it was an intercontinental ballistic missile. Its state media said the projectile reached an altitude of 2,802 kilometers and traveled 933 km. 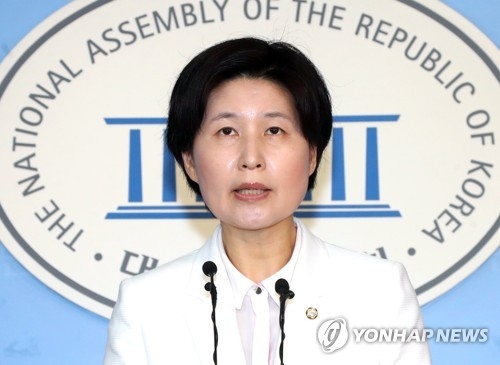 "If it continues its provocations, it will never be able to avoid pressure and sanctions that will go beyond its imagination," she added.

"North Korea's provocations that come despite the international community's warnings and its recklessness have left us shocked," Kim Yoo-jung, its spokeswoman, said in a written commentary.

"Based on the South Korea-U.S. alliance and mutual trust that were confirmed through the (recent) summit (between Presidents Moon Jae-in and Donald Trump), we have to strongly react to any provocation," she added.

The minor Justice Party said that the North's pursuit of regime security through military provocations is only a "futile illusion."

"Our government must make all efforts to address it through peaceful means, but whatever happens, the onus rests with North Korea," Chu Hye-seon, its spokeswoman, said in a commentary.

The main opposition Liberty Korea Party stressed the need for the liberal Moon Jae-in government to take a tougher stance against the North and strive to strengthen the security alliance with the United States.

"Who will like the government that sticks to an unrealistic dialogue approach?... No one would like it, except for North Korean leader Kim Jong-un," Chung Woo-taik, the party whip, said during a general meeting of party lawmakers.