During the meeting with Shivshankar Menon, who is visiting Seoul to attend a conference here, Kang also said North Korea's continued military provocations, including the latest missile launch earlier in the day, pose a serious threat to the international community, the Ministry of Foreign Affairs said.

She stressed South Korea's stance that the country will seek cooperation from neighbors and the United Nations Security Council to solve the problem surrounding North Korea's nuclear and missile development peacefully, according to the ministry.

Menon welcomed the initiative South Korea pledged to take in dealing with global issues and said there's much room for South Korea-India cooperation in that field, the ministry said.

South Korea is seeking ways to amplify its engagement with India, Kang also told the former Indian official, stressing that the country hopes for increased "strategic cooperation" with India in politics and security, according to the ministry. 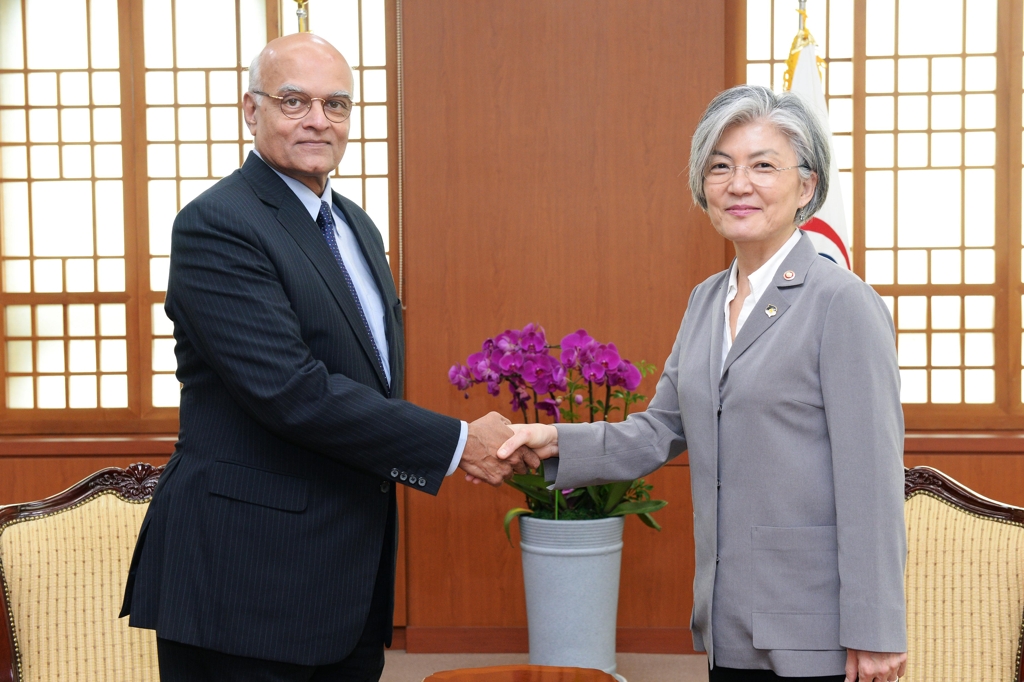