"Over the one-month period after the launch of LG Pay, we have been focusing efforts to increase the quality of services based on thorough studies on users," said Cho Jun-ho, president of LG's mobile communication division. "Not only do we plan to beef up convenience, we will also expand the scope of countries, payment methods, as well as devices (that support LG Pay)."

LG Electronics said 38.4 percent of the tool's users were in their 30s as of end-June, while the number of those in their 50s and 60s was quickly increasing.

To increase the number of users, LG plans to update LG Pay to be used for online payments as well.

While LG Pay is currently available for the high-end G6 smartphone, the company added the service will also be adopted by budget models starting next year. LG also seeks to improve the global competitiveness of its smartphones by launching LG Pay overseas.

Cho added the launch of the G6 smartphone is considered "another inflection point" for the company, as the flagship device helped LG build trust from consumers on the back of its top-notch features. 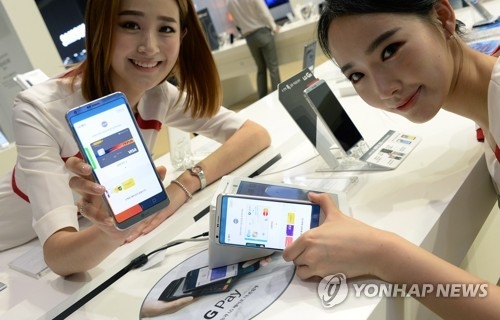