The minister warned that Pyongyang's reckless provocation will lead to its "self-destruction," calling it a clear violation of U.N. resolutions proscribing any test of ballistic missile technology. 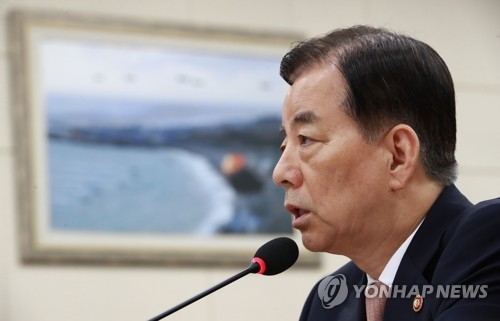 After launching what it calls the Hwangsong-14 missile earlier Tuesday, the North claimed it succeeded in its first ICBM test, with the missile reaching a top altitude of 2,800 kilometers before splashing into the East Sea, some 930 km away from the launch site.

During the briefing, Seoul's ministry refused to definitively conclude the North succeeded in developing an ICBM.

As for the reason why the North used the fixed land-based launch pad, the ministry said it was a temporary launch method at a research or development phase and appeared intended to avoid damage to its road-mobile launchers.