"The remaining four were deployed at a front-line fleet and put into maritime operations today," the Navy said in a statement. It did not reveal the location, but a defense source said the new assets will operate near the tense western sea border between the two Koreas. 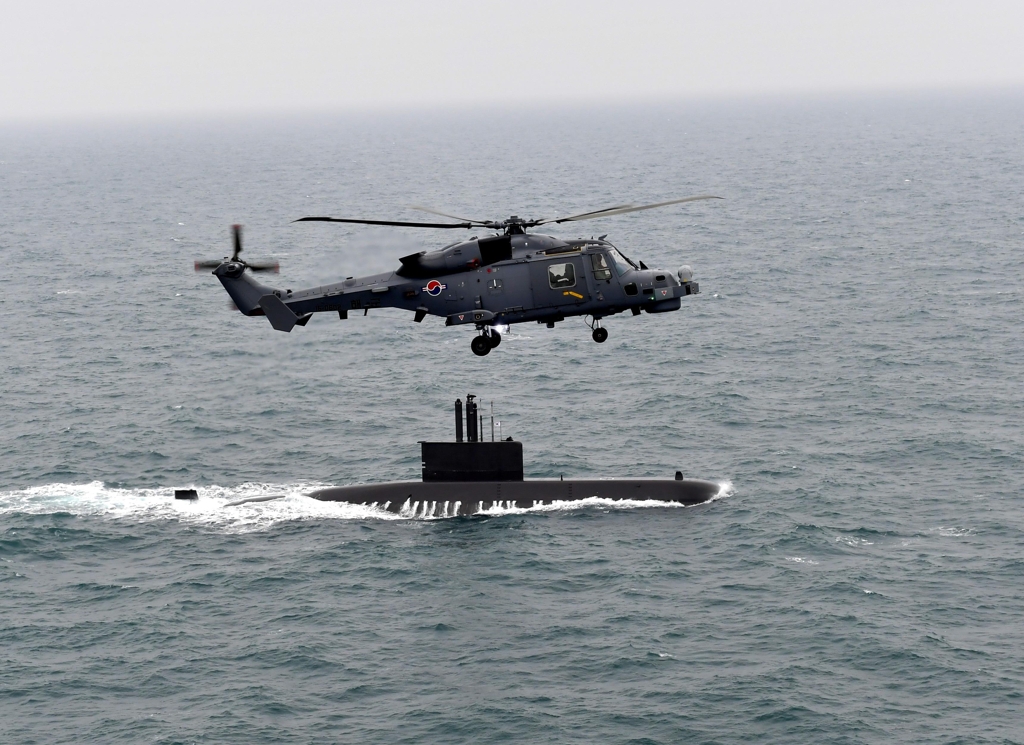 It's also equipped with the dipping sonar system and AESA radar with the range of around 360 kilometers. It features a maximum endurance of 2 hours and 40 minutes.

In response to the North's growing submarine threats, the South's Navy plans to acquire a dozen more new anti-submarine warfare helicopters in a 900 billion-won (US$782 million) program.

Leonardo Helicopters, the manufacturer of the AW-159, hopes for a repeat order. Other candidate models include Sikorsky's MH-60R and NHIndustries' NH-90.