A total of 41.3 billion won (US$35.9 million) worth of banned substances were seized in the January-June period, up 100 percent from 20.6 billion won a year earlier, according to the data compiled by the Korea Customs Service (KCS).

The total weight of the confiscated drugs also soared 160 percent on-year to 27.5 kilograms from 10.6 kg over the cited period.

The KCS detected 14.4 kilograms of methamphetamine, also called philopon in South Korea, in the first half, up 105 percent from a year earlier. The total street value of the confiscated drugs reached 40.8 billion won.

The customs office said the origin countries that ship drugs are expanding from China to the United States, Taiwan and Thailand, with so-called private trafficking of individuals bringing in the drugs through international mail, also on the rise. 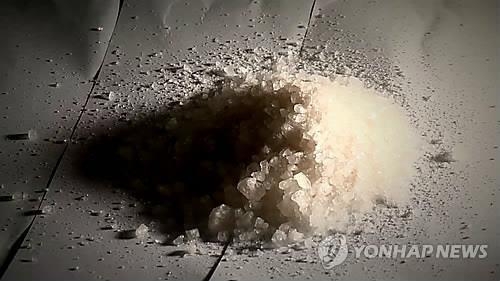