Ryu, who became the top-ranked player in women's golf after winning the Walmart NW Arkansas Championship last month, said through her local agency Bravo & New that she is deeply sorry to fans who are disappointed about her father's tax issues.

"As an athlete who gets love and support from many people, I apologize to those who felt disappointment and anger toward my father," Ryu said.

According to Seoul's tax authorities, Ryu's father last week paid more than 316 million won in delinquent local taxes that he had not paid from 2001. Tax officials added that Ryu's father deliberately refused to pay taxes even though he earns a large income from his private business and owns apartments worth more than a billion won.

Public sentiment turned worse when local media reported that Ryu's father cursed at tax workers in text messages and filed a petition to the city government claiming that he was charged too many taxes.

"I feel ashamed that I didn't know much about my father's issues," she said. "My father also regretted his behavior and wrongdoings and he later apologized to the public workers."

Ryu, 27, joined the LPGA Tour in 2012 and has so far amassed five wins, including two major titles. She is the third South Korean to be No. 1, after Park In-bee and Shin Ji-yai. 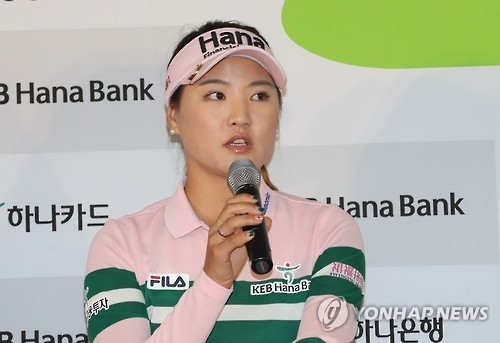 World No. 1 golfer issues apology for her father's tax problems

World No. 1 golfer issues apology for her father's tax problems