SEOUL, July 5 (Yonhap) -- South Korea's military on Wednesday made public footage of its high-profile missiles that can be used for possible operations to remove the North Korean leadership.

Taurus with the range of 500 kilometers is designed for precision strikes against bunkers and other deeply buried targets, as well as key facilities such as radar stations.

South Korea has reportedly decided to purchase a total of 170 Taurus missiles from Germany for use by its fighter jets. Around 80 missiles have been delivered to the Air Force, according to a defense source. 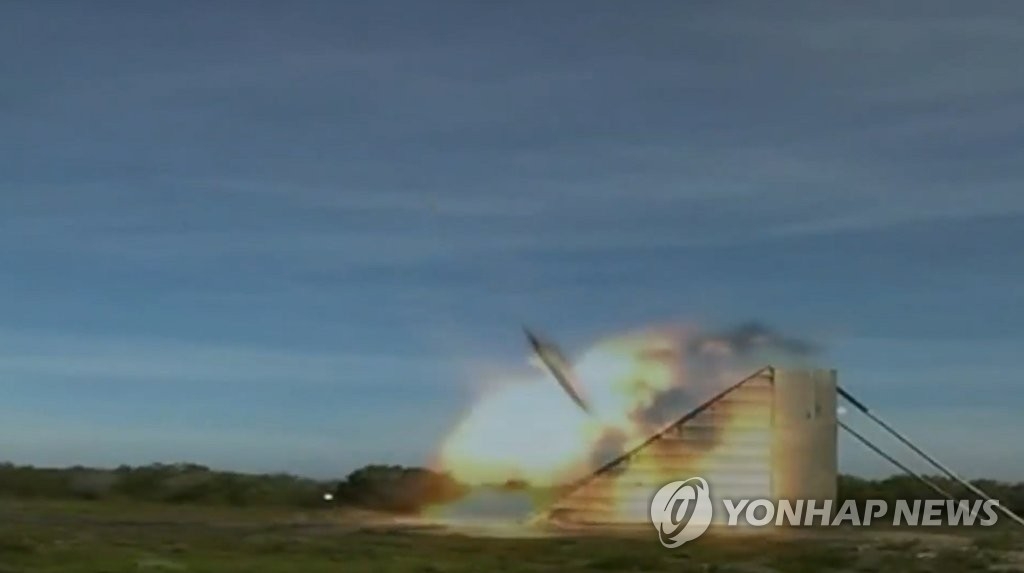 Even if launched from the south of the inter-Korean border, the missile can cover Pyongyang and other areas in the North.

Separate video clips open to media by the JCS also showed the test-firing of SLAM-ER, a precision-guided, air-launched cruise missile, and the recent flight of a B-1B U.S. strategic bomber over Korea.

"We made public the footage to show our resolve to destroy the leadership of the North Korean regime if it threatens the people of South Korea and the U.S. with its nuclear weapons and missiles," a JCS official said.

Earlier in the day, the allies held a combined ballistic missile exercise, firing Hyunmoo-2A and ATACMS missiles into the East Sea, the filmed scene of which was also made public.