SEOUL, July 5 (Yonhap) -- A criminal complaint was lodged against the South Korean unit of McDonald's on Wednesday by parents who claim that their daughter became permanently ill after eating one of its burgers that was served with undercooked meat.

The plaintiffs said their four-year-old girl was diagnosed with hemolytic-uremic syndrome (HUS), a food-borne disease that mostly results in acute kidney failure, after she ate a burger at a McDonald's store in Pyeongtaek, south of Seoul, in September, according to the prosecution.

They filed the complaint with the Seoul Central District Prosecutors' Office to investigate McDonald's Korea on charges of violating the food safety law. 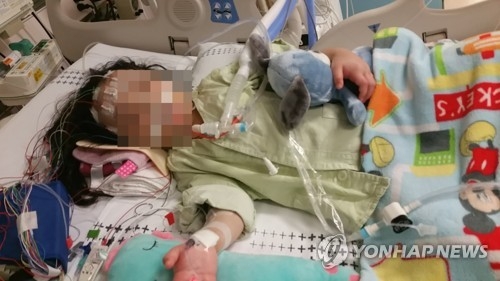 According to her mother, only identified by the surname Choi, the child had a Happy Meal burger and started having stomach pain two or three hours later. Her symptoms worsened to diarrhea with blood in it. She was admitted to an intensive care unit three days later, where she was given the diagnosis.

She was out of the hospital in two months, but now spends 10 hours a day receiving dialysis through a tube inserted in her abdomen because her kidneys are permanently damaged.

"McDonald's did nothing to inform (customers) of such risks, especially risks for children that the HUS is known to predominantly affect them," Choi's lawyer said. "Although they claim that it's impossible to serve undercooked meat as all foods are cooked mechanically, it's been found that some stores failed to fully cook the food by putting the grill on a wrong setting or not placing the meat in the right position."

The local unit of McDonald's issued a statement later in the day, expressing regret over the incident and that it will fully cooperate in the investigation to clarify the cause.

The victim's family plans to request a court order against the company for evidence preservation including surveillance videos, and also seeks to file a compensation suit. 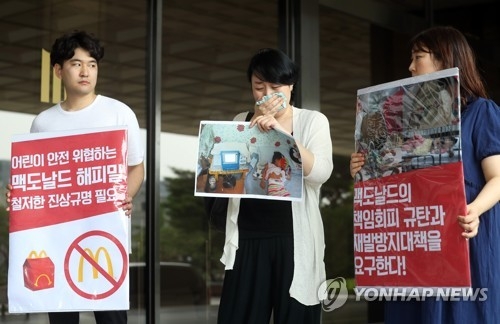