SEOUL, July 5 (Yonhap) -- It is without question that the Korean pop music scene has always emphasized youth and aesthetics among female artists -- sometimes at the expense of nurturing genuine creative talent -- to varying degrees.

But 2017's female chart toppers have proven that music fans not only want good looks. They also dig and demand pure talent from women too, who have virtually obliterated their male counterparts both creatively and competitively in hard-fought chart battles.

Of the top 10 songs in the first half of 2017, seven songs were by female artists, including veteran singer Ailee, folk duo sensation Bolbbalgan4 and heavyweight singer-songwriter IU. 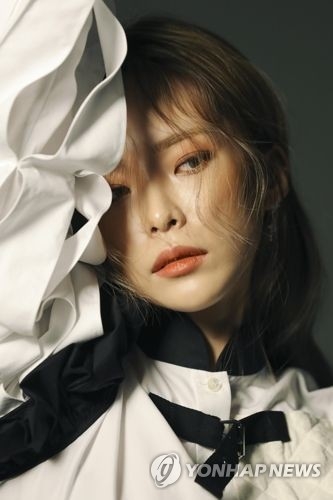 The female artist that is stealing the show today is rapper Heize, who has stormed the charts with her third EP album "/// (You, Clouds, Rain)." Title track "Don't Know You" soared to No. 1 on all major streaming services on June 27, a day after her record was released.

Having learned to play the cello at an early age, Heize later began writing rap lyrics during college and released her debut album in 2014. She gained public recognition through her appearance on rap audition show "Unpretty Rapstar" in 2015.

After "Don't You Know," "You, Clouds, Rain," also from her latest EP, has also reached number one on all major streaming charts.

Before Heize, it was singer-songwriter Suran who reigned on the charts in late April with her song "Wine," co-produced with Suga of boy band BTS. Despite her low name recognition, Suran beat out IU on release day with virtually no publicity.

Debuting in 2014 as an R&B singer, Suran became heavily involved in the underground hip hop scene, doing feature work for other artists. She often referred to as the "female Zion.T," a reference to the talented singer-songwriter of YG Entertainment. 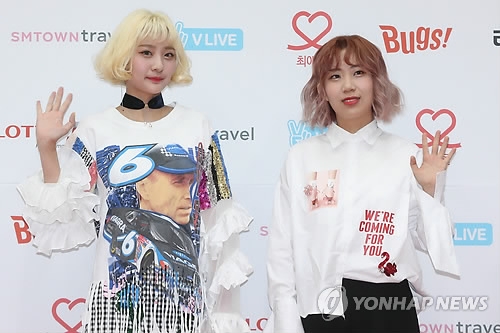 2016's breakout indie hit duo Bolbbalgan4 was also among the women that led the 2017 K-pop scene. Together with singer Smusal from their company Shofar Music, the duo released "We Loved" and "You And Me From The Beginning," two back-to-back hits, in June.

Having debuted just last year, the band, which writes most of their own material, already has a handful of hit tracks, including "Galaxy," "Hard to Love" and "You (=I)," under its belt.

The 25-year-old singer explained that she didn't want to restrict herself to a particular style or genre, hence naming the album "Palette," a term for a wooden board used for mixing colors for painting.

IU also said she was confident that the latest album, which included contribution from G-Dragon of BIGBANG, has the best written songs so far in her career.

Also adding weight and gravitas to the list of girl power in 2017 is Lee Hyo-ri, former girl group FIN.K.L member who has transformed herself from a sexy dance icon into a genuine musician-artist.

Her sixth solo album, "Black," released on Tuesday contains a catalogue of songs that are sophisticated and deep in both music and lyrics. 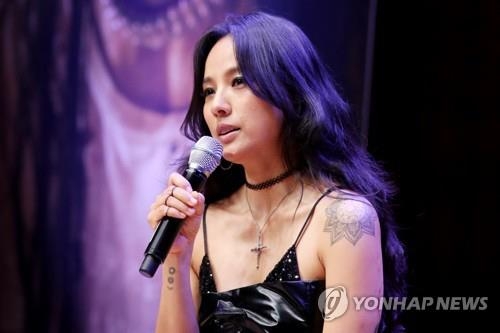 The lead single, also named "Black," is a mid-tempo song free of electronic sound and has a band-heavy quality to it. It is arranged using jangling guitars, and hefty bass and drum sounds. The song is literally about the color black, in the sense that black is the most basic of all colors, used as a metaphor for returning to one's true inner self.

In "Seoul," Lee describes her personal emotions of observing the candlelight vigils that took place in the capital since October of last year in the wake of former President Park Geun-hye's political scandal. "Diamond" is in part a tribute to the country's "comfort women," who were forcibly sent to front-line brothels from 1939-1945 to provide sex services for Japanese soldiers.