WASHINGTON, July 5 (Yonhap) -- The U.S. special envoy on North Korea will travel to Singapore and Myanmar next week for a regional security conference and other meetings, the State Department said Wednesday.

Amb. Joseph Yun, special representative for North Korea policy, will visit the two countries from July 11-18, the department said in a statement. The trip comes after the North stunned the world with its first test of an intercontinental ballistic missile capable of reaching the U.S.

"In Singapore, Special Representative Yun will attend the Northeast Asia Cooperation Dialogue (NEACD), a well-established, unofficial conference in which U.S. officials have participated regularly over the years," the department said.

"In Burma, he will meet with senior Burmese officials," it said without elaborating.

Earlier this year, Yun held secret meetings with North Korean diplomats in efforts to win the release of detained American citizens. He also made a secret trip to Pyongyang and brought one of the detainees, Otto Warmbier, home, though the comatose detainee died just days later. 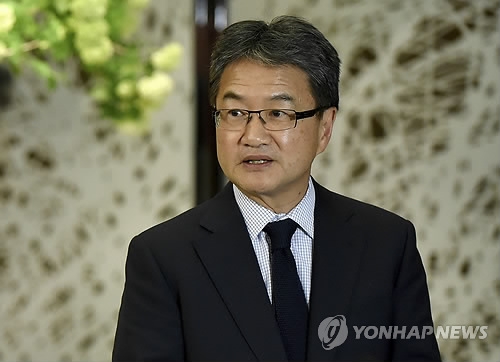 U.S. envoy on N. Korea to travel to Singapore, Myanmar

U.S. envoy on N. Korea to travel to Singapore, Myanmar