NEW YORK, July 5 (Yonhap) -- The United States will use military force against North Korea if necessary, the U.S. ambassador to the United Nations said Wednesday, warning that the North's test-firing of an intercontinental ballistic missile is "quickly closing off" chances of a diplomatic solution.

Haley also said the U.S. will propose a new Security Council sanctions resolution on the North. 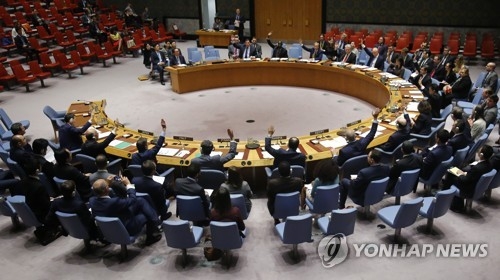 Haley: U.S. prepared to use military force against N. Korea if necessary

Haley: U.S. prepared to use military force against N. Korea if necessary