The latest movie in the Marvel superhero franchise was watched by 544,308 moviegoers Wednesday, according to the computerized box-office tally from the Korean Film Council.

The movie, starring Tom Holland and Michael Keaton, will likely maintain its momentum. The film's ticket reservation rate stood at 78.3 percent as of 8 a.m. Thursday.

Director Lee Joon-ik's latest historical film, "Anarchist from Colony," was seen by 59,533 on Wednesday, falling to second place with the appearance of the web slinger. 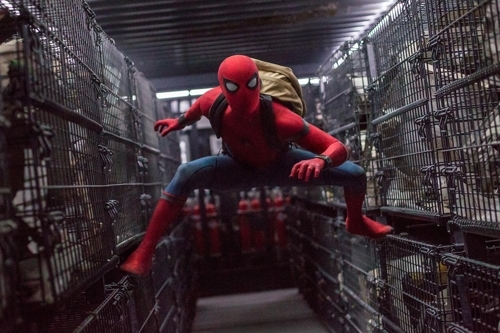