SEOUL, July 6 (Yonhap) -- South Korea's share in the Chinese, U.S. and European auto markets has been declining for the past four years amid tense competition from Japanese and American automakers, industry sources said Thursday.

South Korea's share of the global auto market stood at an average 5.8 percent in the three major markets during the first five months this year, the sources said.

The sharp drop this year is attributed to the Chinese government retaliating economically against South Korea's deployment of the U.S. anti-missile system THAAD on its soil despite Beijing's strong objection.

The comparable figure for the European market hovered between 5.7 and 5.9 percent for the past six years.

Analysts called on the South Korean government and the auto industry to join forces to invest more in research and development on cutting-edge technology and enhance effectiveness in auto production to catch up with Japanese and U.S. automakers.

"The South Korean auto industry should also try to maintain its firm status in the advanced economies rather than eyeing only emerging markets," Lee Hang-koo of the Korea Institute for Industrial Economics and Trade said. "South Korea's auto industry is on the verge of losing growth momentum and heading toward a critical phase." 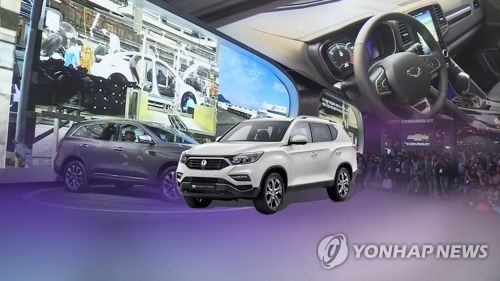