SEOUL, July 6 (Yonhap) -- Actress Song Hye-kyo, who made a surprise announcement of her wedding plans with actor Song Joong-ki, recently made a secret 100 million-won donation to a children's hospital, sources said Thursday.

The actress made the donation to the Seoul National University Children's Hospital in May, on the occasion of Children's Day, according to hospital officials. Song reportedly asked the hospital to keep the donation a secret.

Last year, Song contributed her voice to KBS 1TV's children's documentary titled "May, Children" as a narrator. The program captured the daily lives of the medical staff and the child patients at the hospital.

Song is well-known for her frequent and large social donations throughout her career. She donated 150 million won to the nonprofit Beautiful Fund in December last year.

The 35-year-old actress made headlines Wednesday after announcing her plan to marry Song Joong-ki, co-star of the mega-hit 2016 drama "Descendants of the Sun," in October. The two had repeatedly denied speculation and news reports that they were dating each other. 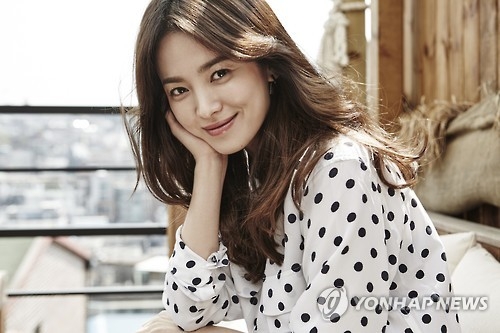