SEOUL, July 6 (Yonhap) -- In yet another show of force against North Korea, South Korea's Navy and Air Force conducted joint live-fire drills in the East Sea on Thursday, officials said.

They launched various types of guided missiles, including the Harpoon, Haeseong-I and AGM-65 Maverick, against an enemy's simulated maritime attack, according to the officials. 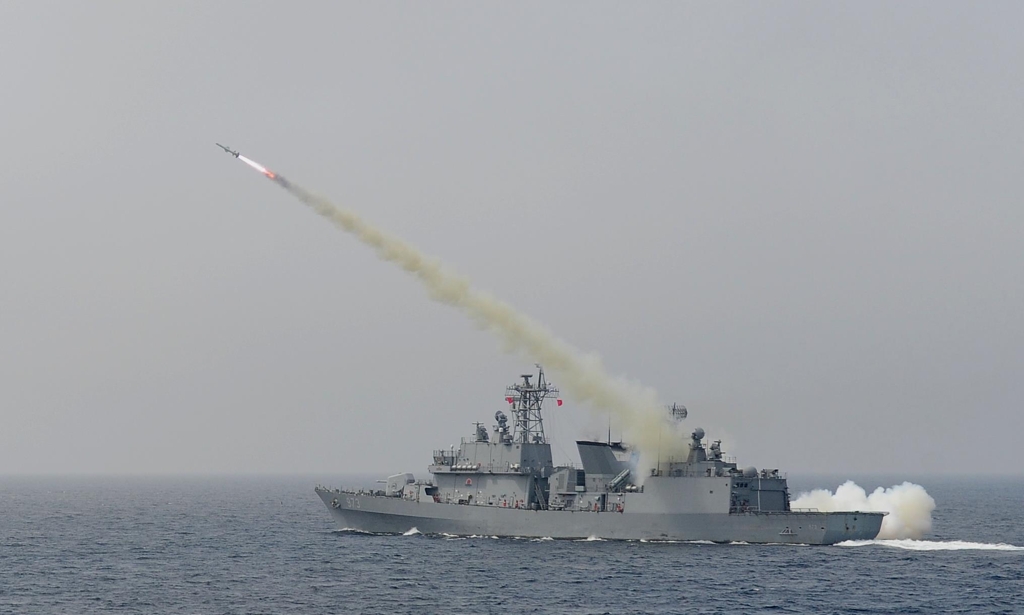 It came two days after the North fired a missile with intercontinental range.

"Our military is fully ready for an immediate response even in the event of combat today," said Rear Adm. Kwon Jeong-seop, commander of the Navy's Maritime Battle Group 1. 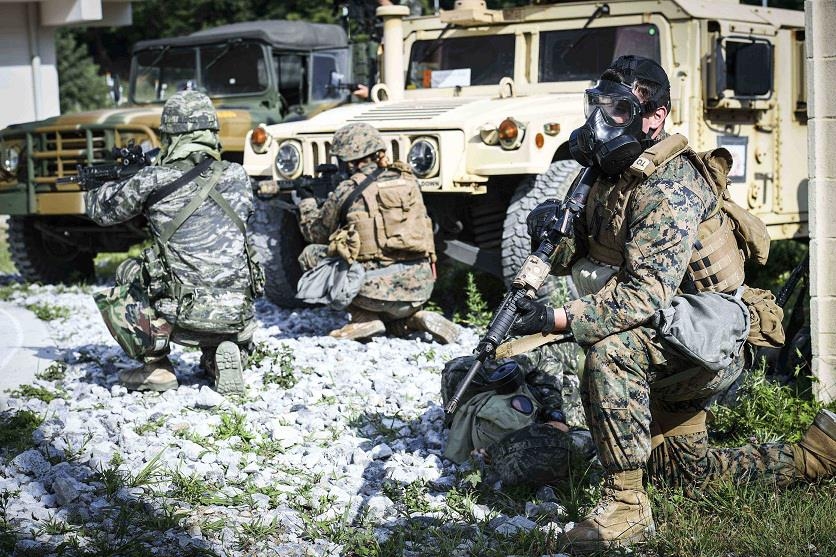 The U.S. has especially deployed various types of equipment, including Humvees, decontamination vehicles and Explosive Ordnance Disposal (EOD) robots, for the exercise, according to the South's Marine Corps.

It's aimed at improving the interoperability of the allies' Marine Corps forces at the tactical level.

On Wednesday, South Korea test-launched a Hyunmoo-2A ballistic missile into the East Sea in a combined missile training with the U.S. Forces Korea (USFK) aimed at demonstrating the alliance capability to counter the North's threats.

The USFK mobilized the MGM-140 Army Tactical Missile (ATACMS). The range of both the Hyunmoo-2A and the ATACMS is 300 kilometers.