It is possible for the North to have held considerably elaborate and miniaturized nuclear warheads with less than 500 kilograms given its technology and manpower, Olli Heinonen, former deputy director-general for safeguards at the International Atomic Energy Agency, told Radio Free Asia. He said that more than a decade has passed since the North conducted its first nuclear test in 2006.

The North has pressed ahead with its nuclear program as a major task, into which it has put talented manpower and huge resources, Heinonen pointed out, while recalling that it has produced plutonium since the 1980s, even before the nuclear test.

However, the North's ICBM deployment is likely to be possible one or two years from now, he said.

The North's sixth nuclear test, if carried out, will have an importance more in political purposes than in improving technology, he said.

It may be the last chance to make nuclear negotiations with the North by mobilizing both incentives and restrictions, he added. 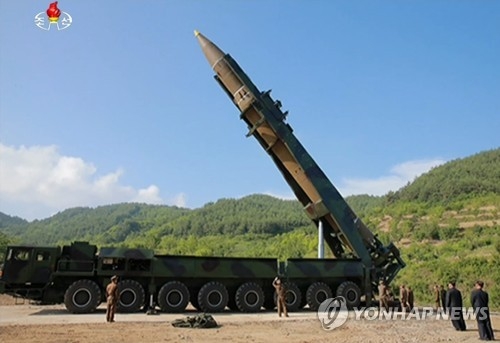 N.K. might have miniaturized nuke warheads for ICBMs: ex-IAEA official

N.K. might have miniaturized nuke warheads for ICBMs: ex-IAEA official