The small boat carrying four men and one woman was found near the Northern Limit Line (NLL) in waters off the east coast on July 1.

"An investigation is under way. They are believed to have crossed it for the purpose of defection," said an official at Seoul's unification ministry.

The ministry said that an unidentified number of them are family members but declined to give details.

They are known to have come from Pyongyang, according to government sources. It is unusual that residents of the North's capital defect to the South on a vessel.

A local media reported that one of them is an engineer who worked in Pyongyang after graduating from Pyongsong College of Science.

Last month, two out of four North Koreans who were rescued in the East Sea expressed their willingness to defect to the South. 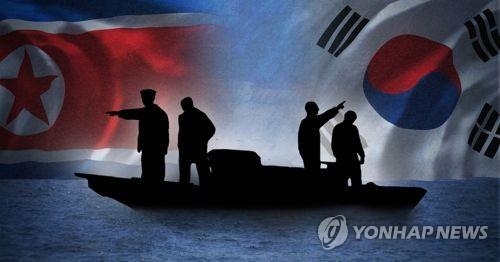 The move is aimed at collecting opinions and hearing about business setbacks from company officials who invested in the Kaesong Industrial Complex, it added.

Seoul shut down the complex in February 2016 in response to North Korea's fourth nuclear test and long-range rocket launch. The firms have claimed that the shutdown incurred an extensive loss, calling for more compensation by the government.