SEOUL, July 6 (Yonhap) -- E-Mart Inc., South Korea's largest discount store chain operator, said Thursday its revenue rose 7 percent in the first six months of this year from a year earlier thanks to the growth of its warehouse-style store and online mall.

In a regulatory filing, the retailer said its sales tally in the January-June period is estimated at 5.97 trillion won (US$5.18 billion).

In June alone, its sales stood at 1.12 trillion won, down 5.2 percent from the previous month but 9.6 percent up from the same month last year, it said.

The retailer is planning to open three more Traders stores this year, instead of opening a new E-Mart outlet. The company had been opening new E-Mart stores every year since its first store was set up in 1993. 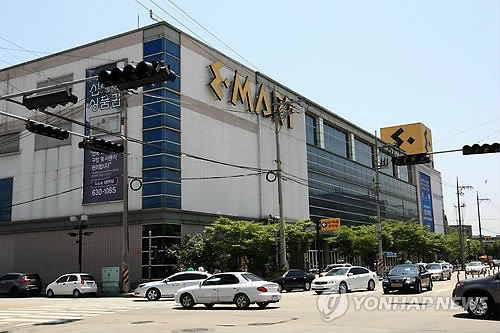