SEOUL, July 6 (Yonhap) -- Unionized workers at GM Korea Co., the South Korean unit of General Motors Co., said they will vote on whether to go on strike to press contract demands, corporate sources said Thursday as the company struggles with three straight years of losses.

The carmaker's 15,000-strong union arranged a walkout if ongoing negotiations with management break down.

"GM Korea workers will cast a vote by 2 p.m. Friday, and the results will be available at around 3:30 p.m.," the carmaker's union spokesman Dang Sung-geun told Yonhap News Agency by phone.

The labor union is demanding the company raise workers' monthly basic wages by 154,883 won (US$133) and 500 percent of the basic wage in bonuses -- demands that GM Korea deems excessive.

GM Korea offered an increase of 50,000 won in basic monthly salary and 9 million won in bonuses per worker, a company spokeswoman said.

GM, the Detroit-based parent company, is in the process of carrying out worldwide restructuring, and the Korean unit has consistently posted poor performances in recent years.

Other demands include the establishment of the so-called 8+8 shift system in which night-duty workers finish their day at 12:40 a.m., not 1:40 a.m. under the existing 8+9 system, the spokesman said.

"Last year, the company agreed to start the 8+8 system from June 1 this year, but we have had a meeting only once with the management to discuss follow-up steps to adopt the 8+8 system," Dang said.

The union wants to discuss the issue as well during this year's wage negotiations in order to introduce the system as agreed upon, he said. 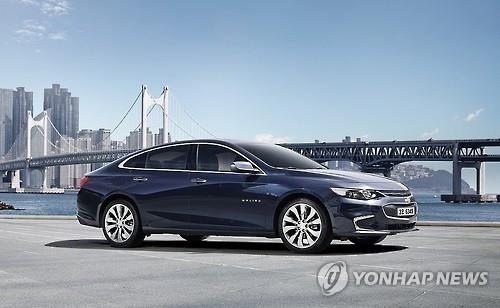 Meanwhile, Hyundai Motor Co. and its union are in wage talks while its sister company Kia Motors Corp.'s negotiations with its union have broken up due to wide gaps, a corporate spokesman said.

"Kia workers are in the process of staging a vote to strike as the wage talks are halted," the source said without elaborating.

SsangYong Motors Co. workers are also in talks with the management, asking for an increase of 118,000 won in monthly wages. Renault Samsung Motors Corp., which is in the initial stage of wage talks, didn't provide their demands.