SEJONG, July 6 (Yonhap) -- The South Korean government plans to kick off a yearlong project to promote its culture, arts and tourism in the United Kingdom this weekend as part of a cultural exchange program between the two countries.

The culture ministry on Thursday unveiled the plan for "Korea/U.K. 2017-18," consisting of some 30 cultural events, encompassing performances, exhibitions, literature and films to run through next June.

It will open with "London Korean Festival" at the Olympia National exhibition hall in London on Saturday. The festivities will include a wide range of Korean culture and arts, tourism, food, the martial art taekwondo, B-boying and K-pop performances.

A promotional booth will be set up for the 2018 PyeongChang Winter Olympics where visitors can experience the venue and winter sports through virtual reality.

The special year for cultural exchange was designed to enhance relations between the two nations through culture and arts, and form strong future-oriented relations based on a better mutual understanding, the ministry said.

This year's events will focus on performance and visual arts programs, while more programs of literature and films are set for next year. The programs have been jointly organized by the ministry and the Korean Cultural Center in the U.K.

The "U.K./Korea 2017-18," a reciprocal project organized by the U.K. government to show the country's creative content in Korea, was launched in February, with the opening concert by the London Symphony Orchestra at the Seoul Arts Center in southern Seoul. 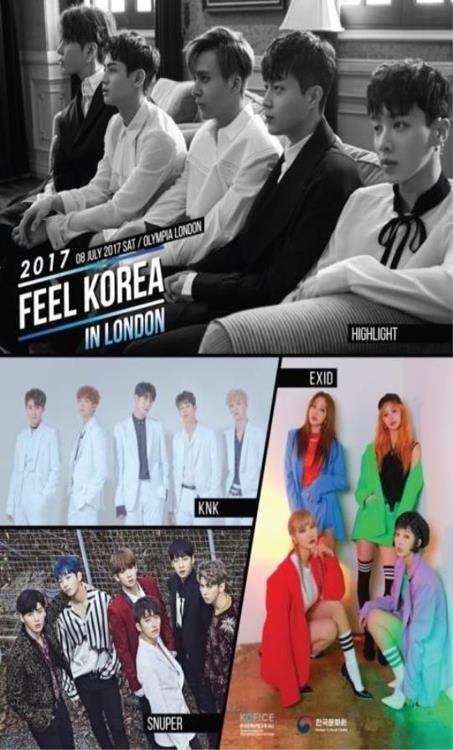 Festival in U.K. to showcase best of Korean culture, arts

Festival in U.K. to showcase best of Korean culture, arts