The numbers reflect preferences for such food among singles, who are attracted to convenience of preparation.

The comparable growth rates were 11 to 14 percent between 2012 and 2016, according to the statistics provided by the chain store operator.

Frozen pizza posted the biggest growth at 379.3 percent, followed by rice-related products at 67.4 percent and frozen dumplings at 22.7 percent. Statistics showed there were also preferences for processed meat products and noodles.

Frozen rice posted a 90.2 percent spike in sales, trailed by pizzas and "tteokbokki," or rice cake in a spicy sauce, at 25.1 percent. Dumplings and frozen noodles all saw rises in sales.

"Frozen foods are enjoying something of a resurgence recently with the growing demand for instant foods and the keen competition for new products," said Cho Joon-hyung of BGF Retail, the operator of CU convenience store chains. 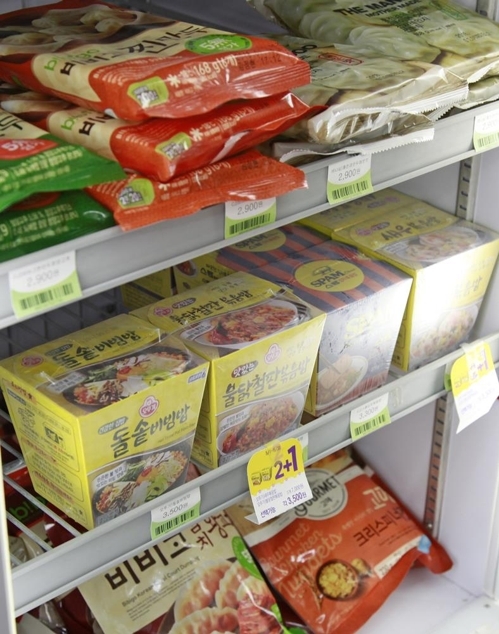