Chung Eui-yong, the chief of the National Security Office, is currently in Germany accompanying Moon to the Group of 20 summit and other back-to-back presidential meetings in the European country.

On Tuesday, Pyongyang claimed to have successfully carried out its first test of an intercontinental ballistic missile (ICBM), which it said could strike anywhere in the world. Both Seoul and Washington confirmed the projectile as an ICBM. 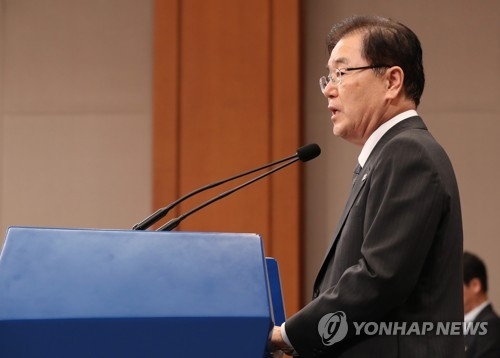