HANOI, July 6 (Yonhap) -- South Korea will simplify the issuance of single-entry visas and expand the scope of multi-entry ones for Vietnamese travelers next week in a bid to increase bilateral trade and investment, and attract more tourists from the Southeast Asian nation, an official at the South Korean Embassy in Hanoi said Thursday.

"The lenient steps, which will be taken Monday, will also increase the number of local travel agencies in charge of visa issuance for group tourists from the current 10 to 15, and curtail the period required to process visas from the current eight days to five," the official said.

In addition, some of the documents necessary to obtain a visa will not be required for office workers from the top 500 Vietnamese companies and South Korean businesses operating in Vietnam, government officials, and those invited by the South Korean government and public agencies, according to the official.

Those who earn more than US$8,000, gold or platinum international credit cardholders, doctors, lawyers, accountants and journalists will also receive the same benefits. 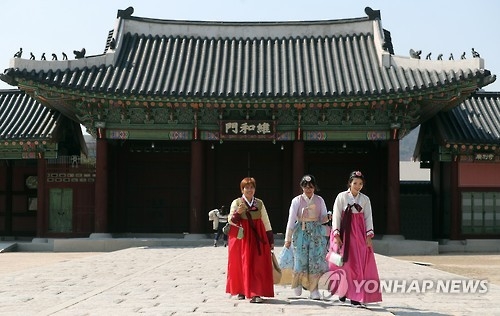 South Korea will also increase the issuance of multiple-entry visas, which have so far been restricted in fear of illegal Vietnamese stayers, the official said.

Multiple-entry visas will be allowed for government officials, employees at state-run companies, heads of companies, managers who have worked at listed companies for more than a year and those who have spent more than 2 million won (US$1,730) on medical tours in South Korea in the recent 12 months.

The duration of a multiple-entry visa will be five years, with its holders to be able to stay for 30 days at one time, the official said.

Complaints from the Vietnamese side that South Korea is too restrictive in relation to visa issuance despite its visa-free entry for South Korean tourists for up to 15 days, have been also taken into account in easing the visa issuance this time, the official said.

"The simplification of visa issuance will contribute to furthering exchanges between the two countries whose diplomatic relations celebrate the 25th anniversary this year and bringing in more Vietnamese tourists into South Korea," South Korean Ambassador to Vietnam Lee Hyuk said.

Meanwhile, the number of Vietnamese visiting South Korea increased 54.5 percent to 251,402 last year from a year ago.

Vietnamese to be able to visit S. Korea more easily

Vietnamese to be able to visit S. Korea more easily