SEOUL, July 6 (Yonhap) -- The founder of a major South Korean pizza franchise was arrested on Thursday over suspicions that he ripped off contractors and embezzled company funds.

He is accused of forcing franchisees of its Mr Pizza brand to buy the cheese from a food distributor run by his relative at higher costs than market prices. Chung is also suspected of having the company pay his family salaries when they didn't show up at work.

Based on such allegations, the prosecution claims that he has bagged as much as 10 billion won (US$8.64 million) in unfair profits.

Mr Pizza is an indigenous brand launched by Chung in 1990. It has grown into one of the top three pizza chains in the country, currently running over 300 stores nationwide, and some 140 branches in China.

Chung recently resigned from the top post after prosecutors began an investigation last month, but has denied any wrongdoing.

The suspicions came to the spotlight in March after a former franchisee in Incheon, west of Seoul, committed suicide, blaming the pizza chain for driving his restaurant into the ground. He apparently claimed that the headquarters opened a direct store next to his business as payback for cutting off the contract. 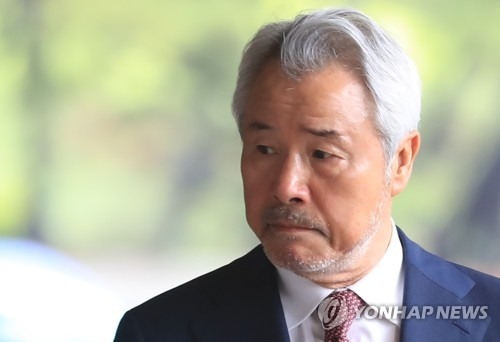