Park No-hwang, president and CEO of Yonhap, and Song Hyang-keun, president of the King Sejong Institute Foundation (KSIF), signed a memorandum of understanding (MOU) Thursday at the key Korean newswire's headquarters in Seoul. 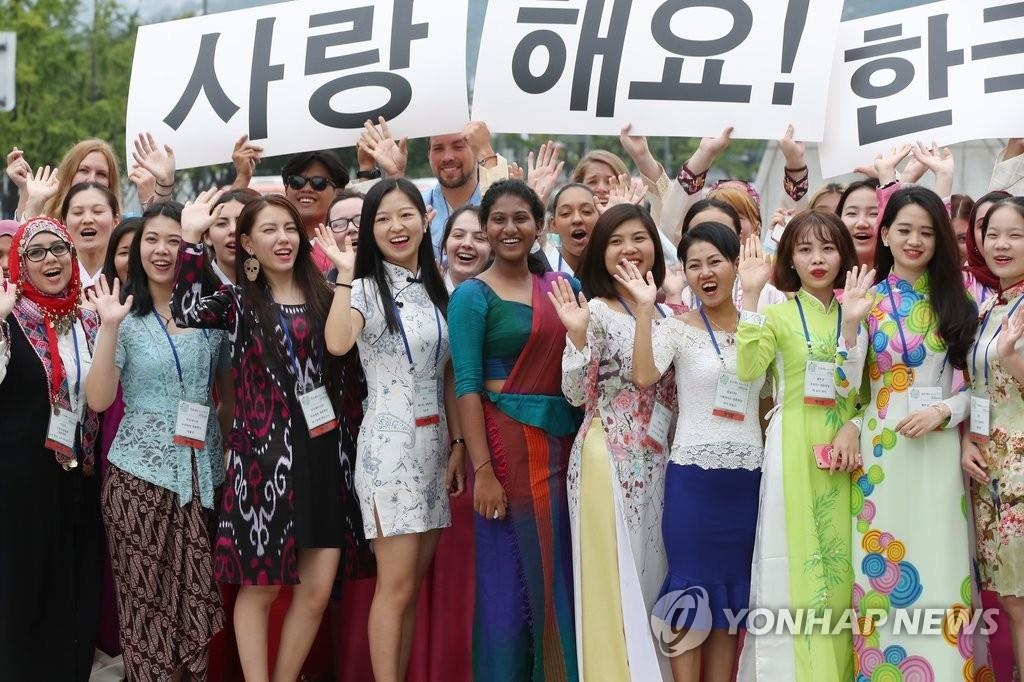 Under the agreement, Yonhap will provide the institute with multi-language news content in Korean, English, Chinese, Japanese, French, Arabic and Spanish. The content will be available on the institute's website, www.sejonghakdang.org in real time. The two also plan to roll out a variety of projects to support Korean language education and spread Korean culture more broadly.

"I expect the agreement with Yonhap News to offer Korean language students around the world diverse news on the country," Song said, adding that his institute would work to strengthen the partnership further down the road. 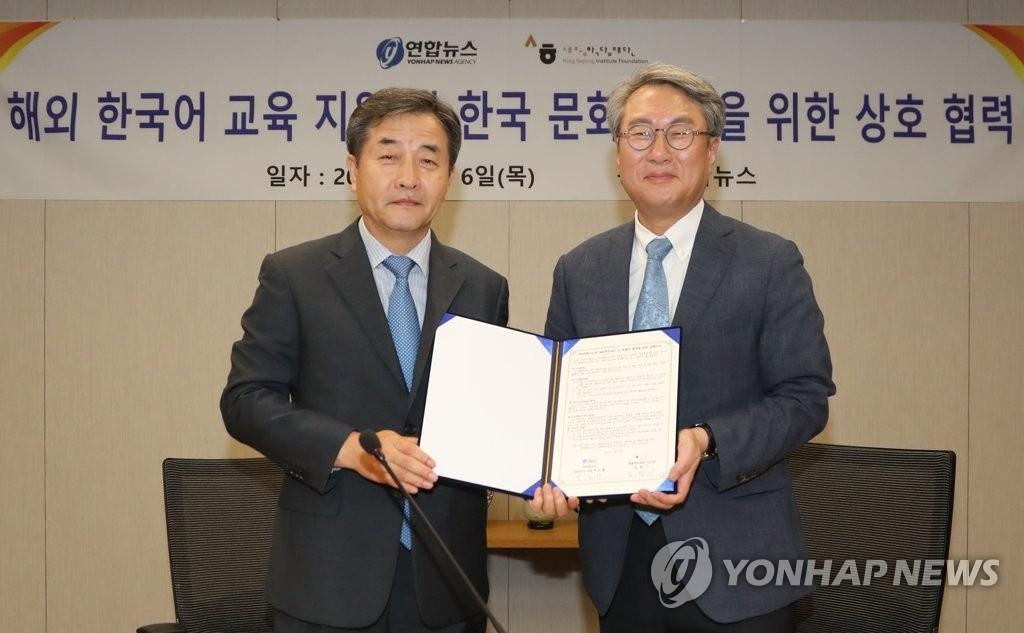