WASHINGTON, July 6 (Yonhap) -- The United States should demand China shoulder the burden of making payments to North Korea in exchange for constraints on its nuclear program, top American experts have suggested.

Victor Cha, a former White House director for Asia, and Jake Sullivan, who served as national security adviser to former Vice President Joe Biden, made the suggestion in a Washington Post opinion piece, saying the U.S. should use the China card differently.

In the past, they said, China has left it to the United States to put inducements on the table, leading to the U.S. paying about half a billion dollars for denuclearization via monthly energy-assistance payments to Pyongyang, while China enjoyed its trade relationship with North Korea.

If North Korea cheated, China would not be receiving what it paid for, they said.

"These scenarios would leave us no worse off than we are now. And it might well put us in a stronger position. Because China didn’t get what it paid for, or got the cold shoulder from Pyongyang, it might become more receptive to working with us and our allies on other options," the experts said.

They also noted that China could agree to such payments because Beijing wants a diplomatic offramp to the current crisis and Chinese President Xi Jinping is still seeking a good relationship with Trump in this critical year of China's 19th Party Congress.

"Furthermore, Chinese frustrations with North Korean leader Kim Jong Un have grown after his execution of family members and regime figures close to China. All this may give the Trump administration marginally more leverage than its predecessors had," they said.

If China refuses to proceed along these lines, the U.S. would be better positioned to pursue widespread secondary sanctions against Chinese firms doing business with North Korea beyond the Treasury Department's sanctioning of a Chinese bank last week, they said. 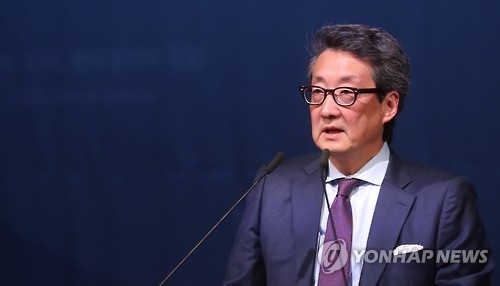 Victor Cha: China should be made to pay N. Korea for constraints on nuclear program

Victor Cha: China should be made to pay N. Korea for constraints on nuclear program