Oh tossed a scoreless ninth inning with two strikeouts against the Miami Marlins to seal the Cardinals 4-3 victory at Busch Stadium in St. Louis on Thursday (local time). This was Oh's first save since June 21 when he pitched against the Philadelphia Phillies.

The 34-year-old South Korean allowed a single to J.T. Realmuto to start the inning but got Christian Yelich on a grounder to first base. With Realmuto on second, Oh retired Marcell Ozuna on a 85.9 mph slider to make it two outs.

Oh then intentionally walked Justin Bour, who launched a solo shot against the right-hander the previous day. With runners on first and second base, Oh got Martin Prado to strike out swinging on a 93.9 mph four-seam fastball to close the game. 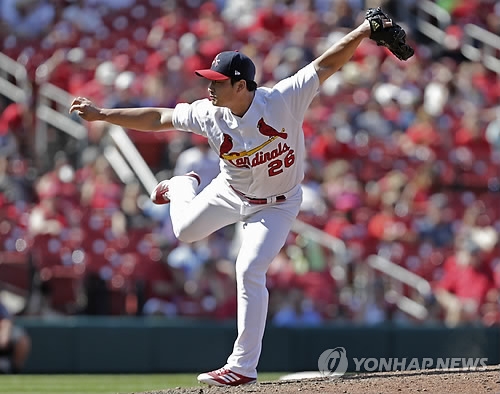