The K League Classic outfit announced they signed a contract with Nanizayamo, who will be known as Nani here. The terms of his deal weren't disclosed.

Gangwon, currently third in the 12-team league, said that the towering striker will boost their offense using his 196-centimeter height and power.

Nani began his football career with the youth team of Stade Rennes. The 25-year-old made his senior debut with Spain's Real Sociedad B team in 2010. There, he played with now Atletico Madrid star Antoine Griezmann.

Nani then went on to play for Bulgarian outfit FC Vereya, French clubs Tours FC and RC Lens. Last season, he was with second-tier Paris FC. 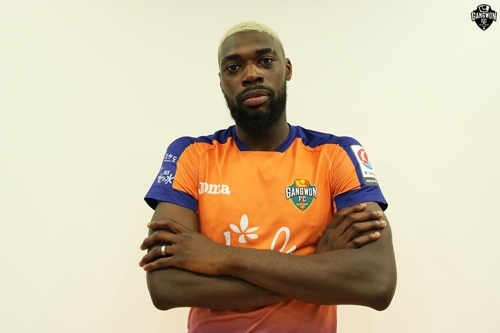