Marking the second anniversary of the launch of its electronics shop Electro Mart last month, E-Mart, a key affiliate of retail conglomerate Shinsegae, said it will open seven more stores within this year in addition to 11 shops in operation.

"We have succeeded in establishing a new paradigm of not just selling goods but combining this process with entertainment," the outlet operator said.

In the January-May period, the sales of home appliances at one of its hypermarket outlets with Electro Mart in Yongin, 50 kilometers south of Seoul, surged 61.2 percent on-year, with the overall sales of the store chain also increasing 11.3 percent, it said.

Shinsegae Vice Chairman Chung Yong-jin, the de facto head of the business group who spearheaded the launch of the so-called "playground for men," said the company will put more focus on strengthening specialty stores, such as Electro Mart. 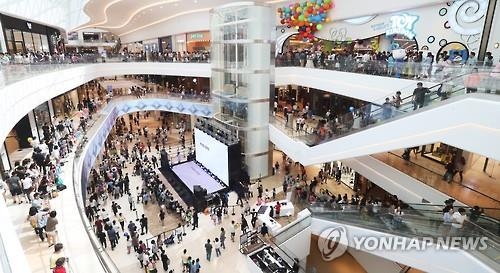 The remark comes as local retailers are struggling with weak offline sales in addition to prospects of more restrictions on operations.

During his campaign, President Moon Jae-in signaled measures that would limit construction of large malls and their operating hours.

"E-Mart's decision reflects market developments in which retailers can no longer generate profits by sticking to traditional forms of doing businesses when almost everything is sold at a lower price point online," said professor Lee Jung-hee at Seoul-based Chungang University.

According to government data, the combined revenue of 13 online shopping malls -- e-commerce sites and online product sales channels run by big retailers -- in May jumped 15.2 percent from a year ago, while the comparable figure for 13 offline-based retailers stood at 2.5 percent.

The retailer, which had been opening new discount outlets every year since its first store was set up in 1993, said it will not open a new E-Mart store this year but instead open three additional Traders stores.

The complex, southeast of Seoul, offers a wide variety of options for shopping, leisure and culinary experiences.

Along with dozens of brand shops, the complex, spanning 460,000 square meters, has a water park and an electronic sports field where people can enjoy basketball, volleyball, badminton and rock climbing all indoors.

The mall's accumulated number of visitors topped the 10 million mark in January, less than five months after its grand opening, according to Shinsegae.

"People going to offline stores now expect to experience things firsthand, except in cases of warehouse-style stores that still retain price competitiveness," the expert said. "E-Mart's businesses have been developing in a way to meet such consumer needs." 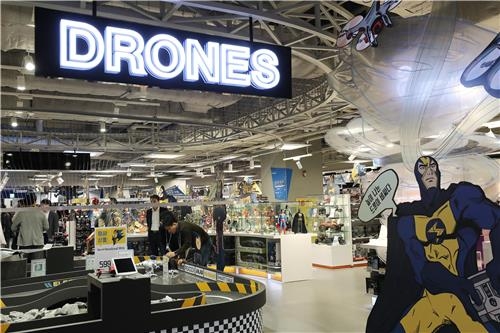