SEOUL, July 7 (Yonhap) -- South Korea said Friday it is considering proposing military and Red Cross talks to North Korea to follow up on President Moon Jae-in's offer to stop all acts of hostility on the border and hold reunions of separated families.

Moon unveiled his broad vision for bringing peace to the Korean Peninsula during his speech in Berlin on Thursday, two days after the North test-fired an intercontinental ballistic missile (ICBM).

He proposed that the two Koreas mutually suspend hostile acts along their tense border on the July 27 anniversary of the armistice treaty that ended the three-year Korean War in 1953.

She said that the government is considering proposing the military working-level talks and the Red Cross meeting to the North. Detailed plans will be unveiled soon, Lee added. 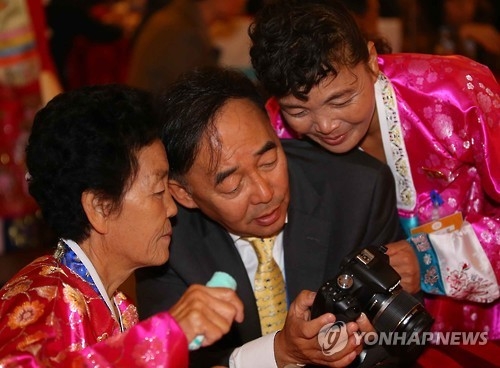 Seoul's proposal of military steps may include the suspension of the two Korean armies' loudspeaker broadcasts on the border.

A reunion of separated families is one of the most urgent and humanitarian affairs as more than 50 percent of some 138,000 people on a waiting list for reunion events have passed away.

"Moon has effectively proposed the Red Cross talks, but the government is mulling over the talks to discuss details of the reunions," a ministry official said.

The two Koreas held their last reunions for separated families in October 2015 at a resort at Mount Kumgang on North Korea's east coast.

For separated family events, North Korea is currently demanding South Korea repatriate 12 female North Koreans who worked at a Pyongyang-run restaurant in China and defected to Seoul en masse last year. The North claimed that they were lured and kidnapped by Seoul's spy agency.

"Without hesitation, North Korea should immediately respond to Moon's offer," Unification Minister Cho Myoung-gyon said in a speech earlier in the day.

Moon's speech came at heightened tensions sparked by Pyongyang's first ICBM test. North Korea said that its nuclear and missiles will not be up for negotiations unless Washington gives up what it called a hostile policy toward the North.

Lee, the vice ministry spokesperson, said that the government will make efforts to flesh out Moon's North Korea policy, based on national consensus and communication with parties.

"If necessary, we can seek (to send a special envoy) to help resolve North Korea's nuclear issue and improve inter-Korean ties," she said. 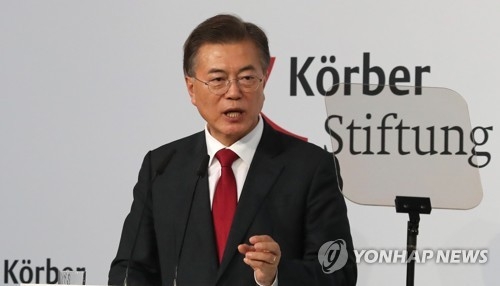