SEOUL, July 7 (Yonhap) -- A South Korean judge is set to be elected the head of the management body at the International Criminal Court (ICC), the foreign ministry here said Friday.

The ICC's bureau has recently decided to recommend Kwon O-gon, who formerly served as vice president of the International Criminal Tribunal for the former Yugoslavia, as the next president of the ICC's Assembly of States Parties, according to the Ministry of Foreign Affairs.

The president of the assembly is customarily chosen through recommendation without voting. In accordance with procedures, Kwon has effectively been chosen as the next president and will take office Dec. 14 for a three-year term, according to the ministry.

The Assembly of States Parties is the ICC's highest decision-making body in charge of picking ICC judges and prosecutors, as well as managing and overseeing the court.

"The ICC is the first standing international criminal court and South Korea has played a leading role in the establishment of the ICC," the ministry said, also referring to the country's continuing contributions to the court, highlighted by South Korean professor Song Sang-hyun's service as the ICC president till 2015. 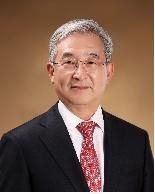 S. Korean judge set to be elected as head of ICC's management body

S. Korean judge set to be elected as head of ICC's management body