SEOUL, July 7 (Yonhap) -- Unionized workers at GM Korea Co., the South Korean unit of General Motors Co., voted for a strike on Friday to demand higher salaries and other benefits as the company struggles with three straight years of losses.

Some 69.4 percent of the carmaker's 15,000-strong unionized workers cast ballots in favor of the general strike, the union said, a move that may set the stage for a walkout.

In South Korea, by law, a union cannot go on strike during mediation by the state-run National Labor Relations Commission which usually lasts 10 days.

The labor union is demanding the company raise workers' monthly basic wages by 154,883 won (US$133) and 500 percent of the basic wage in bonuses -- demands that GM Korea deems excessive. GM Korea offered an increase of 50,000 won in basic monthly salary and 9 million won in bonuses per worker, a company spokeswoman said.

GM, the Detroit-based parent company, is in the process of carrying out worldwide restructuring, and the Korean unit has consistently posted poor performances in recent years. 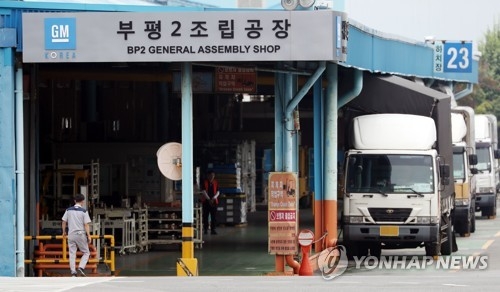 GM Korea workers vote to walk out amid net losses

GM Korea workers vote to walk out amid net losses