SEOUL, July 7 (Yonhap) -- A state panel to investigate a 2014 ferry disaster kicked off its official operations Friday amid continued calls to verify the exact cause of the country's worst maritime fiasco that killed more than 300 passengers.

The panel is mandated to examine the salvaged ferry Sewol for up to 10 months. The 6,800-ton ship was moved onto land in April, some three years after it sank off the country's southwestern coast near Jindo Island on April 16, 2014.

"Today is a very significant day given that the mandate of up to 10 months begins," Kim Chang-jun told a press conference.

The panel decided to check three major issues: a possible mistake in the ferry's steering room; the allegation that the ship lost balance during a sudden change of direction; and the ship's capability to regain stability, officials said. 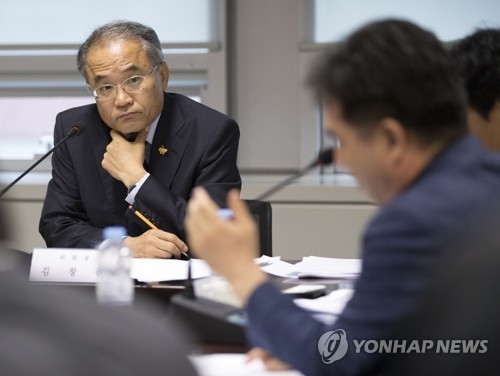