WASHINGTON, July 7 (Yonhap) -- Two U.S. senators are drafting a bill imposing new sanctions on North Korea in the wake of the communist nation's test-firing for the first time of an intercontinental ballistic missile capable of striking the U.S.

Sens. Pat Toomey (R-PA) and Chris Van Hollen (D-MD) will introduce the legislation in the coming weeks to help "exert maximum pressure ... on North Korea and its enablers," the Hill cited offices of the two senators saying in a joint memo.

"Ultimately, this sanctions regime is intended to compel North Korea to engage in denuclearization talks by cutting off its remaining access to the international financial system. The senators believe this bipartisan legislation stands the best chance to dismantle North Korea's nuclear weapons program," the memo was quoted as saying.

The bill will impose sanctions on foreign banks doing business with the North, it said.

"The bill is designed to offer foreign banks, specifically Chinese banks, with a stark choice: continue business with North Korea or maintain access to the U.S. financial system," the memo said, according to the Hill.

The legislation will also include a waiver letting President Donald Trump suspend or scrap sanctions if the North meets a series of guidelines including "significant and verifiable progress" toward ending its weapons of mass destruction program, ending missile tests and returning U.S. citizens and residents abducted by the North Korean government, according to the report. 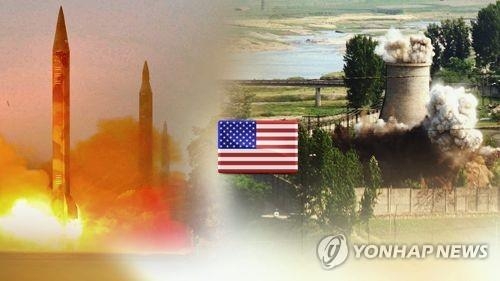