SEJONG, July 8 (Yonhap) -- South Korea's nominal corporate tax rate is on par with the average for the Organization for Economic Cooperation and Development (OECD) countries, but its effective rate remains at the bottom, a report showed Saturday.

According to the report by Kang Byung-goo, a professor at Inha University, South Korea's maximum rate of corporate tax stood at 24.2 percent in 2017, similar to an OECD average of 24.5 percent.

In terms of effective corporate tax rate, meaning the average rate imposed on a company's pre-tax total revenue, South Korea placed 25th with a rate of 18 percent, far lower than the OECD average of 21.8 percent.

The U.S. also topped the list with 34.9 percent in effective corporate tax rate, and Japan posted 27.3 percent, while even Sweden and Britain, which logged 19.4 percent and 18.5 percent, respectively, have higher numbers than South Korea. 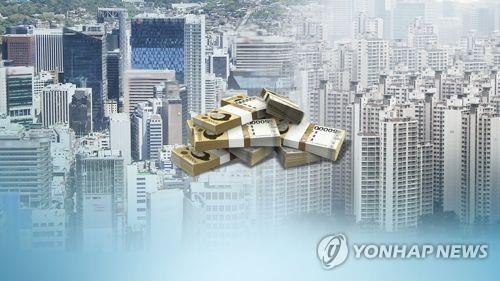 Prof. Kang pointed out that South Korea's wide difference between nominal and effective tax rate is because of various tax-cut programs for businesses.

"The actual tax burden is relatively low in South Korea as many large businesses are granted many corporate tax exemptions and benefits," said the professor. "Against this backdrop, some can demand the government raise corporate tax rate."

President Moon Jae-in has hinted at a hike in corporate and income taxes, and a removal of tax exemptions and benefits to secure funds to accomplish is job-creating pledges over the next five years.

During the campaign trail, Moon said his government will create some 810,000 public jobs during his five-year term, grant an allowance to young jobseekers and offer public residence to newlyweds at lower rent.

It is expected Seoul will need an additional 178 trillion won during his five-year term.

"South Korea can afford a tax increase, as it has a lower ratio of tax burden to the gross domestic product (GDP) than other member countries of the Organization for Economic Cooperation and Development (OECD)," Kim said in a report submitted to the parliament for his confirmation hearing last month. "I will try to reduce corporate tax-cut benefits and raise effective tax rates in the first place."