WASHINGTON, July 8 (Yonhap) -- Leaders of the Group of 20 major countries wrapped up two days of summit meetings in Hamburg on Saturday with a declaration that the Paris climate agreement is "irreversible" despite the U.S. decision to withdraw from the global pact aimed at reducing greenhouse gas emissions.

The G-20 Leaders' Declaration, however, made no mention of North Korea, even though the meetings came just a few days after the communist nation stunned the world with its first test-firing of an intercontinental capable ballistic missile potentially capable of reaching the United States.

The declaration said the leaders "take note" of the U.S. decision to withdraw from the Paris Agreement, but they also noted the U.S. promises to work closely with other countries to help them access and use fossil fuels more cleanly and efficiently, and help deploy renewable and other clean energy sources.

"The Leaders of the other G-20 members state that the Paris Agreement is irreversible," the declaration said. "We reaffirm our strong commitment to the Paris Agreement, moving swiftly towards its full implementation in accordance with the principle of common but differentiated responsibilities and respective capabilities."

They also agreed to "continue to fight protectionism, including all unfair trade practices and recognize the role of legitimate trade defense instruments." 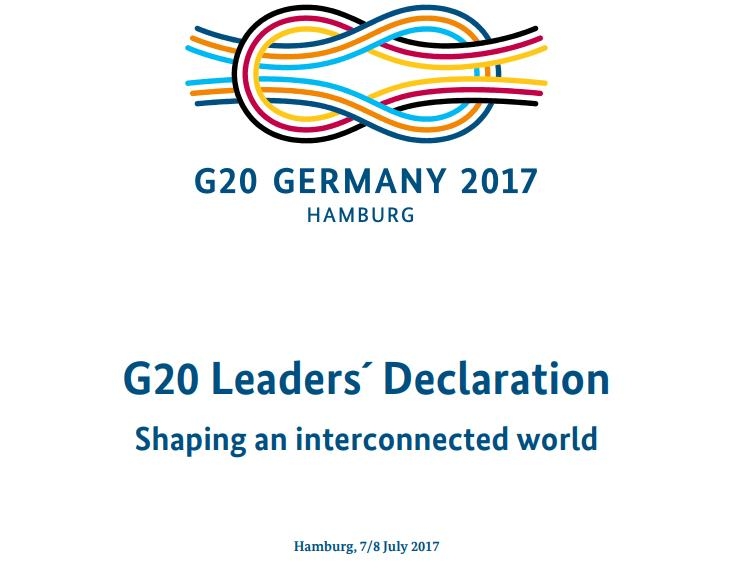